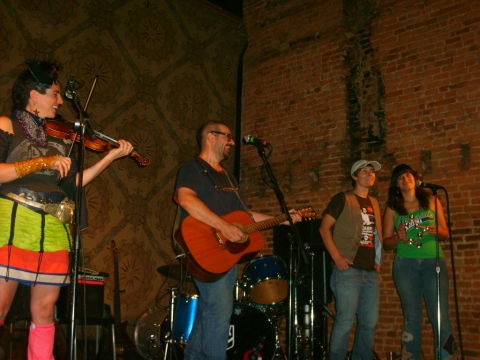 It's a confidence thing, man.
look, how fucking good is Roy Halladay? i'll tell you how fucking good. The guy's a goddamn robot. You wanna know how money? here's how money. you don't even gots to watch the game. I'm not gonna watch it. Matter of fact, i'm gonna go to The Grape Room and play my folksongs, including my new hit single "Hey does anybody with an iPhone know the score?"

seriously it's a big week here in The City That Loves you From Behind. first off wednesday, (that's today, y'all) At the venerable Tin Angel, my pal Jefferson Berry and his beautiful and talented daughter Brianna, rock the hizzy. Any of yous have daughters? do you love'em more than Joanie loves Chachi? thought so? Can you imagine how much fun it must be to play music on a stage with her? Until the inevitable day she fires you so she and some punk with a nosering and a hoodie can tour the country's shittiest coffee houses in a Chuck Butterfield van. It's gotta be better than coke off a hookers ass, no? Anyway, if you find yourself in the mood for some wednesday night musicality, head on over to see my good friends the Berries (they spell it "berrys" but my way is cleverererer.

peep it hear, yo, http://www.theberrysmusic.com/TheBerrysMusic.com/Shows.html

then on saturday, you got two more options. since we've previously covered the fact that the Phils game is already a done deal,  the XFS, kicks off their 2010-11 house concert series with Discanto. they're an italian band who's roots can be directly traced to Il Duce. Bagpipes, Cello's, Accordions, all the basic "get laid" tools of the modern musician. It's a swinging good time.

check it out here http://www.xfsmusic.org/

the itinerary is as follows.
listening party
then me*
then Mike Pfeffier and the band of his**
Then the man herself. Steph Hayes playing song from, and not from, her new double EP Built To Change; Vines/Wires, which, did i mention, is coming out on Permanent Records.
it's gonna be fucking awesome And unless Robot Roy goes all Johnny Van der Meer, you're making the best choice.

Seriously, I've actually been writin' songs like its my job or something and i'll be stagifying some of them for the first time sat.***

so, iff'n you're in the philadelphia area and are looking for something to do this week, i've come hard wit da options. So if you end up sitting on the couch eating cheetos wondering why your junk is orange, it ain't on me, bro.

*yeah that's right, a CD is opening up for me
**he produced steph's record
***don't worry, i'll also play the old faves and the sing alongs, if you squint, at times it'll be downright 1995ish.