A Dork, A Bitch and A steph Walk into the Northstar bar. 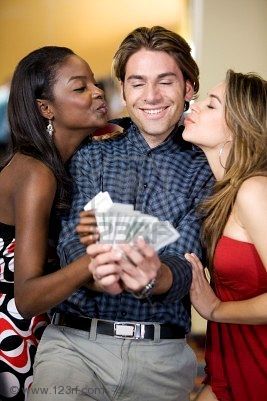 i wanna say thank you to the hillside full of friends who watched me pop my Philadelphia Folkfest Cherry. There was plenty of strange on the slope but i prolly knowed about half of you fuckers and if you had 2/3 the good time i did, you had like idunno, a 1.75 barrels of monkeys worth, or something. I also couldn't have asked to be in a better olio, Barry Rabin, Carla Ulbrich and especially the bread on either side of me, being Deirdre Flint and Butch Ross. you can check out two of the songs i dun sung posted lovingly by Rob Sankey.

Also crazy madwarm regards go to the PFF and Jesse Lundy of Point entertainment for asking me to do such a thing. it was wicked awesome and something i'll not soon forget and hopefully will do again.

ok, that's the good news. now i have to tell you that, though i'm not exactly Saul of Tarsus or Rabbi Neulander here,* through a calendrical oopsie, i'm kind of spitting on Hank Greenberg and Sandy Koufax on thursday.

As any ex lil' jew knows, Those two, and Sandy in particular are the bane of your childhood soccer years. As compelling as your arguments of sportsmanship and the brotherhood of teammates were, yer parents would shut you down invoking Mr. Koufax's name and that was that. The Warminster Pumas would need to find themselves a gentile goalkeeper for at least one game, sometimes two.

Now, as a grown-up** who can't help but facepalm at the, at best, absurdity, and at worst, downright evil of organized religion and belief in a skydaddy,  I do my best to keep a low profile on the High Holidays, Yom Kippur often finds me at home eating Bacon Cheeseburgers and committing sins faster than I can atone for them, but i try not to do that shit in public. Alas, you see, figuring out when the High Holidays are actually occurring often takes more mathematical acumen than i possess. My friend Cindy Kaplan Concurs saying that she swears one time, Yom Kippur fell during Channukkah.

So what happened was Steph Hayes asked if i'd like to play at the north star with her and Bitch and i said "hells yeah. As long as there's no Eagles game, i'm DTF. It was only afterward that i realized that i'm almost pissing on Sandy Koufax's Florida tanned leg. But i'm nothing if not a consummate professional*** so i will be there. Truth is, erev Rosh Hashanna is wed night, and so by Thursday Sundown, if i had to ask my parents permission to play this show, i might have a fighting chance. so, look, how bout this, if one of you heebs could bring a live chicken to the show, we could swing it over my head a few times. transfer all my sins onto the chicken and then slaughter the fuck out of it.

I'm actually not sure if you are supposed to eat that chicken. Wouldn't that be just re-ingesting all your sins? It's kinda like going Ass-to-mouth, no? Well if it isn't, come back to the after party at PRHQ andi'll make you some of that cajun molasses recipe invented while hung over that one time.

Hey, you know who works on the High Holidays? My fucking Rabbi, that's who.
AND, according to a bit of controversial Talmudic law, in lieu of an actual Cohen, or Levite, A Folksinger^ can perform all of the rabbinic duties if a Rabbi or Chazin ain't around. But i can only do it while on stage. Kinda like how the professor had to build a raft so that the skipper could remarry Thurston and Lovey.

so if you wanna get married.^^ or Bat Mitzvahed, or even circumsized^^^ just come to the show and stand up front, i'll do what i can. But even if you have no pressing hebraic religious needs, y'all should still show up, Steph Hayes and Bitch are two of my favorite ladydudes and I would be there even if i didn't hafta. Also some of the money goes to a really good cause...this one. http://www.mazzonicenter.org/ being an LMNOP is not easy and this place helps. and so should you.

I've also got somefin else to hip you to: the philly song shuffle, friday night at the World Cafe Life. Its part of the Fringe Fest and an XFS event, so you know it's all cool and cutting edgy and shit. What we're dealing with is 50 songwriters doing one song each, with no changer over, just a microphone on either side of the stage. Left-right-left-right-left right*^ so even if you hate some dude's song. donna worry, itsa gone be over soon. I'm excited to see a bunch of old friends and some people i aint never heard of. I'll be playing too. check the details here. http://www.xfsmusic.org/

So come out on thursday, and/or friday. I'll be the guy on stage who despite appearance to the contrary, can run 5 whole K in a row.


*worst jew ever
**buy the premise, buy the bit
***Actually i'm Nothing AND a consummate professional. or see **
^Cantor actually, but let's not get all jazz singer on this bitch.
^^even gay married, what the hell.
^^^BYOZimmel, my leatherman is kinda dull.
*^like watching the least athletic tennis match ever.