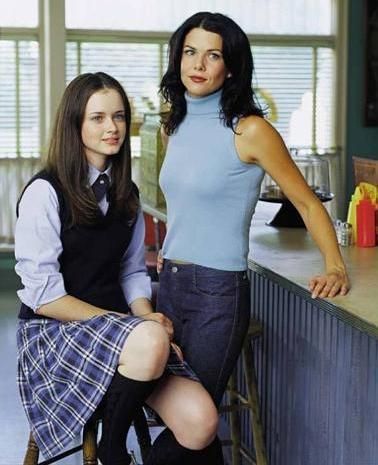 "Wait, you mean this isn't a Grant Lee Buffalo show?"


Well as you know, Laurelai has been traded to the Fresno Bravermans and Rory is on tour with Ugly Betty's pants, her ragtag cadre of Douchbags, Mopes and Minnie Mineos having moved on to other tween moistening projects. That, however, doesn't mean that the Swanky, Eli infested uppercrusty old-money gated driveway, Samuel Langhorne Clemens' haunt, of New Haven CT isn't still a lovely place to throw down some songs and pick up some pouffy Hors d'oeuvers, and this saturday I'll be doing just that at the home of Richard and Emily*

the deal is a simple one. As i've said ad nauseum, sitting on a couch in someone's home listening to songs delivered the way they were meant to be** is the best way to really enjoy music*** Julie has been kind enough to invite me to play my meaningful little ditties to her and her cool smart friends and I would like to extend this offer to you.^ So, iff'n yer sufficiently proximal, and inclined, just holla at a playa adam@adambrodsky.com and i'll slide the address yer way. Next thing you know, you'll be nibbling on stuffed mushrooms and small-talking about what an assclown joe leiberman has become.

There's one more thing i'd like to hip yous to before I return to my hyperbaric chamber wallpapered with coelacanth scales where I snort yayo and powdered rhino horn off the asses of about a half a dozen girls with daddy issues…and it is this;

Y'all should think about coming to the 10th annual xfest on the weekend of june 11-12. The lineup this year is kinda superduper and I just found out that mr. venerable himself, Gene Shay will be The MC. check out a press release type thingy here:

For ten years, Quietly, (and sometimes not so quietly) The Extreme Folk Scene www.xfsmusic.org has been slowly growing and chugging along and on June 11th & 12th 2010 at the Country Creek Winery in Telford, PA, they will be celebrating their Tin Anniversary with the biggest and best Xfest ever.

The XFS was founded as a society dedicated to presenting music and musicians who's envelope pushing oeuvre falls outside of the mainstream folk music community and therefore is often ignored and shunned by older stodgier folk communities and associations.

This is not to say that there isn't plenty of crossover. in fact, many bands and artists who have graces the Xfest stage have gone on to play at the Philadelphia Folk Festival and other larger institutions. Gandolf Murphy and the Slambovian Circus of Dreams is a classic example.

This year's Xfest should be no different. Headlining Saturday night is Slo-Mo Featuring Mike Wrecca who are also a classic example of the boundary expansion that makes the XFS so exciting. Blending lap steel guitar and vocal harmonies with the Emceeing, Mssrs. Brenner and Wrecca have created a sound that is as old as it is new and frankly is not like anything you've ever heard.

Old school antifolk will be represented by Brenda Kahn who is set to release a new record any minute now.

There will also be children's programing during the day, crafts vendors and the Country Creek's own make wine, Overnight camping on Fri and Sat nights^^^ and an The Xfest song competition whose winner will play on Saturday Night.

Discount Tickets and details are available at WWW.XFSMUSIC.ORG


and finally one more lil' morsel and i'll let you get back to your lives of quiet desperation.

As lovers of songwriting, i'm sure you have a six pointed star written on your calendar square marked Monday May 24. Saint Robert of Duluth will be, like 113 or whatever that day and Ken Kweeder is throwing him a party at Rembrandt's in Philadelphia.^^ 23rd & Aspen St. Philadelphia, pa etc…along with everyone else in town, i'll be singing a song of his and perhaps even tooting on a harp. it's always a good time and if you don't like a particular musician, at least they're not singing their own songs and they'll be finished in like 3 minutes, so hang in there.

all righty then, that's about all I gots from PRHQ, i hope yer well and i'll be in touch soon.

to recap.
house concert this weekend in New Haven, Home of the Bulldogs and Fonzie's alma mater. email adam@adambrodsky.com for the address
Xfest, june 11-12 www.xfsmusic.org
Rembrandt's for dylan's Bday shindig, Monday may 24th.

*Will and Julie actually, and if you've ever actually been to New Haven, you'll feel your irony gland twinging at this moment.

**right in your fucking face!

^if you're cool AND smart

^^don't bother getting there early and hoping to yell surprise, as the fucker's worse than Elijah when it comes to showing up on his big night.

^^^bring yer tent, or your rig, or of yer standards are low enough, you  can snuggle with me in the pequod