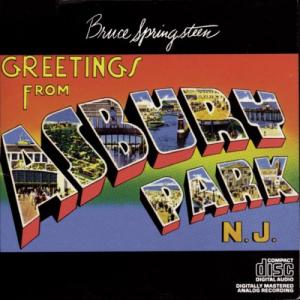 For reserved seating, make a dinner reservation downstairs at Serrano


i think I'm gonna rename the pequod the patty sciaffa, because, like dear patty, she has now had the boss inside of her.

I'm minding my own business watching october baseball and i get a text from a large breasted jewish columbia* grad (and you all know how i adore those txts) i know that she, like all good jewish girls is a big fan of senator halfbreed and is even on staff at the philadelphia office of change. so she says and i quote "wuld u let Boss use ur RV?"

to which, i think, um, doesn't her boss have a motorcade and a private 747 and a network of domestic terrorists to drive him to all the places he must go.

so i inquire further...turns out that by boss she, of course means the asbury park deity. who is driving down in his limo to strum a few acoustic tunes for parkway perambulators. I give her all the caveats about the pequod being kind of short, stubby even.** i send a few blurry craigslist style pictures, and apparently the boss's people were not displeased, (mostly cause it was that or have him stand outside where the great unregistered would have a chance to look directly at him and sap his superpowers) so now we begin negotiations....

i insist that if the abbot of asbury park wants to hang out in my 28 square feet, i've got some non-negotiable*** demands,

they countered with the following offer.

you can come to the show and sit up front.

i said, can i bring a date?

they said. good luck you hideously ugly troll of a man.

so i dropped my baby off on the parkway and left the keys inside, watched the show at a close enough range to see that the Boss ougtta hire someone to trim his nose hairs. and that, dear dorkateers is the closest i came to actual starfucking.

but i heard that they registered a fuckload of folks all of whom intend on voting for Hopey the clown. now all we have to do is wrest the voting machines away from the oligarchy. then and only then will the vote tallies correlate with those fascinating instant like/hate lines on the bottom of the CNN screen.

but that's all secondary. right now the polls say that barry would pretty much have to kiss a white woman on TV blow this lead. (of course as october surprises go, that would be a doozy)

but more importantly, many of you know, and the rest of you are about to, i am honored to be treading the sacred boards this saturday with steph hayes as she releases upon the world, "mostly true stories" her second Permanent Record Release and the best one yet. She and i are gonna share the bill as co-headliners. We're gonna play the show as the two headed folk monster we'll sit up there and trade songs. some of you have seen this in action, some haven't, but it ends up having a pretty good gestalt coefficient.

we actually invented this while touring this spring, trying to decide who should play first. While in boston at a house concert we were presented with these two really cool high barstool type things with cushy orange padding. we decided we'd sit on them, and chang and eng the two headed folkmoster was born.

below i've included the press release that we sent to the media types.

seriously, if you're not attracted to steph, you're...well you're a dude. and dudes like my songs cause they're about chicks...and the government...and jesus,

anyway, i am giving my show the highest recommendation in that i guarantee that i personally won't suck. i've even practiced##.

as you may or may not also know, the tin angel has a pleasant restaurant downstairs. and if you decide to dine at serano before the show, you'll get reserved seats right up front, in the watermelon smash zone. and what's more, i think they'll actually hold the show up if you are still downstairs sipping coffee and sharing the tiramisu. I'll have to wait until you decide i can start. Lets face it, the era of the workers of the world uniting is prolly over, you can say power to the people, but we let them steal our country and they're not gonna give it back. So if you must flex your muscle by having an arabica refill, so be it. I am happy to sit in my dressing room and wait.

Oh, one more thing, Steph taylor will open the show. i don't know anything about her other than she comes with steph's recommendation. (and i think she's queer for las chicas)

so to recap. I've emerged from guantanamo bay### and am making a very rare appearance with steph hayes and steph taylor on the night of a thousand stephs*#.

I'd love to see you there, its a record release and a prison release. so you get in free if you wear an orange jumpsuit, with no bra.

below the footnotes you'll find the press release.

if you have any questions, there are plenty of people you can contact, including myself.

**though it is of above average girth

#and not the large breasted lion, she's like my little sister....but a barnard girl would do fine.

##a little, and mostly it was to impress bruce.

The Legend:
A two month vacation that turned into a four year hiatus, saw Adam Brodsky spending a good chunk of time at Guantanamo Bay using his special brand of folk music as an interrogation tool to locate weapons of mass destruction. Though boasting an extraordinary rate of efficacy, legal wranglings and the pussies in congress opted for waterboarding as a "more humane" means of information extraction. Meanwhile, Steph Hayes, stateside launched countrywide dorkhunt. Though she found no dork, she did find about 2 dozen road songs. Songs of cocaine whores, sleazy motels and unrequited love.

Irony being what it is, the wawa in fishtown brought these too together. "We must book a show at the Tin Angel", they sang out at once (in harmony).  This show is unprecedented in it's duality. Adam and Steph will be performing as The Two-Headed Folk Monster. On stage together, the show takes on the frenetic  energy of two songwriters double-booked in a coffee shop in Des Moines on a Tuesday. Their thirteen year friendship makes even a big gigantic show such as this seem small, intimate even. They will be playing alone and together exhibiting a chemistry that is at once sexy and asexual. Join them for this very special evening...or risk waking up in a CIA prison in Cairo.

Anti-Folk hero, Guinness World Record holder and record label owner Adam Brodsky returns to the Philadelphia stage. Adam has plans for a new a record in 09 and tours with Steph, to bring the dubious word back to the people. And so he formally returns to the stages of America. Starting with Tin Angel; sharing one of his favorite 8x8 squares with one of his favorite songwriters.

For reserved seating, make a dinner reservation downstairs at Serrano

•-
you are subscribed to the general all inclusive nationwide (and international, but just barely) adam brodsky mailing list. if its too much for you, you little wussy, you can go to http://www.historyoffolk.com/cgi-bin/mojo/mojo.cgi to sign up for only the regions to which you want to be kept abreast. Please note that adding yourself to additional lists does not delete you from the original list. To be removed from a list, please see the link at the bottom of any mailing list email.

Click the link, or copy and paste the address into your browser.