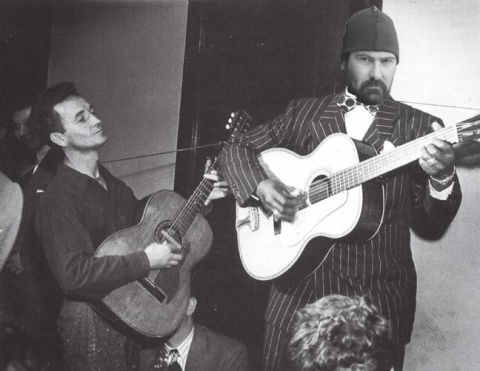 This is the night Woody and I invented folkmusic. (i won't say which night) He wanted to sing about how hard it is to be a boss and own railroads, I said, maybe we should sing about workers and stuff…he was skeptical.

It is with an uncharacteristic mix of pride and prejudice* that i am able to inform you that I have been asked to play the Philadelphia Folk Festival. So allow me to humbly say

i mean, "yeah, y'know the folk festival? yeah, i decided to play it this year. no biggie."

You know the big huge Martin Guitar Main stage?…well i'll be playing next to it on the Tank stage on Saturday Afternoon 8/21/10 from 13:30 to 15:30. it's a workshop with some of my good friends and favorite songwriters. Lets play mix and match, shall we?